Wow! That’s how I am feeling right now. I planned and hosted an event! Never would I have thought I could or would say these words. I planned an event all by myself and I’m so proud of myself.

A little background Bookish Species is a society I started last November. It is a society for literary readers & bloggers in Nigeria (or Africa), whose aim is to positively transform and impact the reading culture. Bookish Species also has a monthly newsletter, which I share literary tips, news & bookish posts. It hasn’t really taken off the ground yet, but it’s getting there, which is all I can really ask for.

Of course, the event in question had to be bookish in nature because I’m a literary enthusiast to the max and also because I’m a bibliophile forever!

Some years back, I hosted A Blind Date With a Book on the blog, where people did a quiz and ended up with a link to a free book, depending on their answers, the twist was they got an entirely new genre to read according to their answers. Unfortunately, that post is no longer available.

That event had been easy to do because it had no physical location but I got the bug to host an event last year December and I talked to a few people about it, but I wasn’t sure I could pull it off, I kept cancelling because I felt it was too much for me to handle, because I majorly suck at public speaking etc. Yet still I wanted to, so I did what I knew would push me, I put it out there because once I did, I knew I couldn’t take it back.

Planning and hosting an event takes a lot of meticulous work because you have to worry about every single little detail and it had to answer all these important questions What, Who, Why, Where, When and How.

Figuring out what the event was for and all of was about was the first step. I had two ideas, actually I had a lot of ideas lol, but I came down to two who were doable, but I decided “A Blind Date with a Book” was the perfect option because as much as I wanted to rely on people, somethings still came up and I was left short, due to some people becoming unavailable.

This was quite easy to figure out, because I knew the people I wanted to come for the event where people who were the readers in Lagos, Nigeria. They were my target audience. I also had a target amount of only 15 people. I wanted a small an intimate crowd, to pull off what I had in mind.

The reason I chose A Blind Date with a Book was that it was an option I had full control of. I had created a plan, which entailed everything I needed for the event to work and it fell within my budget, My selling point was there would each get a mystery book, food & drinks, games, gift bags etc. which answered the question why my target audience should come. 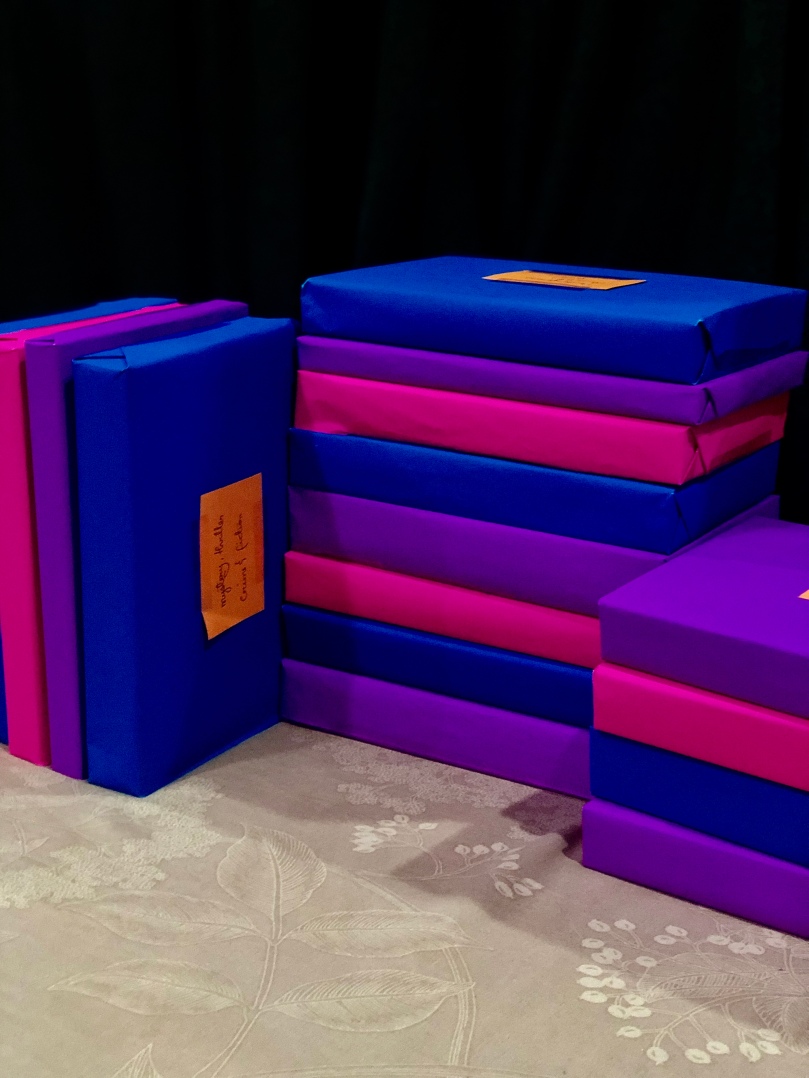 Figuring out the location was probably the toughest, which didn’t even have to be an issue. It’s always important to pick the perfect location for the various kinds of events and ensuring that the location meets every requirement. I made various inquiries some places weren’t going to allow me to play music, somewhere overcharging and not providing me with anything apart from a room, a lot of places were pretty bland and other places were way above my budget etc. I work in the cosiest bookstore and it’s perfect for hosting bookish events. I just needed to add some decorative touches and it would be all set for my event. I asked my boss and it was settled, I didn’t have to pay for using the space because I am an employee, perks of working in a bookstore.

It was hard to decide but I knew it had to fall during the weekend and on a Saturday, so I randomly picked the 20th of April. I got very lucky with my picking because it happened to fall during the long Easter weekend. 19th-22nd of April was the Easter break, so everyone was pretty much on holiday and the venue I was using was clear for my use.

Next up was getting the event out there and how I was going to get it to reach my target audience. Also, I had to set the motion into play a month prior, which is what I did. I set a fee, I first set a fee but no one showed interested and I had to rethink and bring up a new strategy/plan which ultimately answered if the event would be one of profit or not (it wasn’t of profit). After all, these were settled I created a banner for the event and I shared it online, even going as far as paid promotion of it, which turned out to be unnecessary because my market was already within my reach.

Please note I started getting in contact with the people I was working with or wanted sponsorship for the event from, months before the event date. I got a lot of rejections or no response at all, which is why I am thankful for the organisations that got back to me. All these factors helped with the creation of a budget and making a timeline: setting up the venue, picking the right snacks, decorations for the venue, picking the food, buying the drinks, ensuring my tailors didn’t mess up (working with tailors is stressful, always give them a due date weeks before the actual event), getting all the goodies, wrapped and arranged etc.

The Five W’s and H were very crucial in helping me have a wider picture and creating my various plans, which were:

I planned everything, the food, the snacks, and drinks, the disposable cups, tissue papers, toothpicks and paper bowls for the various snacks.

I did a little bit of crafting, I made a Bookish Species banner, from pages from an old book and then drawing the letters on each page, then stringing it all up, with balloons. To make the setting intimate, I had all of us seat round in a circle and I brought my ring light, for extra brightness for pictures haha.

I’ve noticed one of the greatest incentives to get people to come for events is giving out goody bags because we’ve grown doesn’t mean when we go for parties we shouldn’t get to leave with one. I stuffed my goody bag with a lot of treats, that every single person who came loved. Not only were they to get a book, but everyone else left with a spare book, which is why I had to create a card showing the sponsors of the event.

I googled book club games because bookish people and I decided to stick to two, which I made custom games for. The simple Word Search filled with words related to the event and an Emoji Game specially created with popular titles of books published in Nigeria, there were 10 books and two people got 6/10 with the lowest being 1.5/10 (It was really fun) This will also take me back to the gifts, the winners of the games also got to leave with a gift. I had three winners, one person won a jar of honey from one of my sponsors Nimah’s Honey, another won a pineapple type mason jar straw mug and the final winner won a gratitude journal from Littart by Ai.

This was the first thing I did, I planned every single thing we would do, what came first, such as the Ice Breaker questions because everyone was mostly a bunch of strangers meeting each other for the first time. When we would eat, play games, discuss our favourite books etc. I took the advice from That Lagos Girl and got a separate notebook, where I noted down every single detail for the event.

It was a hit! I was super happy and proud everyone had fun and enjoyed it. Would I be hosting another event again? Definitely! Anyways please subscribe to my Bookish Species Newsletter and never miss out on updates. Thank you for reading!

2 thoughts on “Event Planning “A Blind Date With a Book” | I Hosted my First Ever Event!”