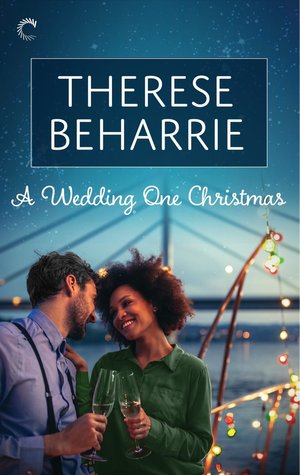 Title – A Wedding One Christmas

Of all the weddings in all the world, Angie Roux had to be mistaken for a bridesmaid in this one.

Caledon, South Africa, is supposed to be just a stop on the way to Christmas in Cape Town, part of Angie’s long-avoided homecoming. She never expected to star in a bizarre comedy of errors, but here she is: convincing a handsome stranger to be her fake boyfriend for the day.

Ezra Johnson, the handsome stranger in question, turns out to be a pleasant distraction from both the wedding and thoughts of her first family Christmas without her father. And he seems to loathe weddings just as much as she does. He’s the perfect temporary companion.

But a lot can happen in twenty-four hours. Including a connection so strong it tempts them both into thinking of something more permanent…

One-click with confidence. This title is part of the Carina Press Romance Promise : all the romance you’re looking for with an HEA/HFN. It’s a promise!

This book is approximately 70,000 words

First and foremost. I had an inkling that there was something off about this book.

“What were the chances she’d slide into a booth opposite a man who looks like he’d jumped straight out of her fantasies?

Smooth brown skin stretched over the angular features of his face.”

So why am I seeing a white man on the cover? I’m not even being offensive but the male character read like a white man, so it makes sense if it hadn’t been stated that he had smooth brown skin.

In my most honest opinion, it’s as if the book was first written in a non-African nation before the author decided, why not change it to South-Africa, it’s Africa but we can work it, because basically a few names of places where mentioned but nothing substantial enough to give me that feeling that it was South-Africa, and then I mean come on, not a single South-African name was in this book, all the names where English, where’s the authenticity there? *Disclaimer I have never been to South-Africa so I don’t know if I’m just being prickly.*

I was interested in this novel because I am a romance junkie. But this novel is such a slow burn and I felt it dragging in a lot of instances, a lot of instances that I felt were unnecessary because the pacing became too slow and the conversations dragging because a great amount of time was spent on detailing scenes that didn’t have to be that long.

Despite all these issues, I found myself laughing at the female main character Angie’s antics and all the cute moments but she and Ezra the main male character shared. I saw and felt the genuine feelings they shared for each other. Which was what made this book enjoyable, but honestly, this book still needs some serious adjustments.