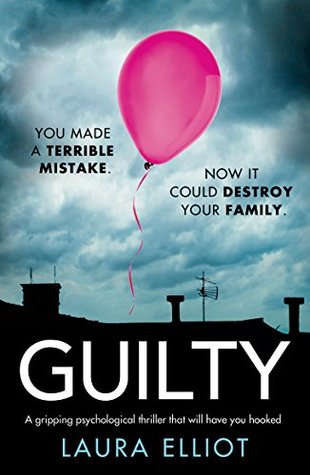 Blurb –  It begins with a phone call. It ends with a missing child.

Karl’s life is in ruins. His marriage is over, his family destroyed. But the woman who took everything away from him is thriving. With a successful career, husband and a gorgeous baby boy, Amanda’s world is complete. Until the day she receives a phone call and in a heartbeat, she is plunged into every mother’s worst nightmare.

I did not know I was owing a review for this book, which I should have posted months ago, I thought I had written it. It’s so saddening when life gets hectic and you don’t have the time to do some things or in my case think you’ve done it when you haven’t!

This book was my first Laura Elliot book and I can only say that I was impressed by it. I suppose a lot of people should have read this book by now because it’s published by Bookouture and they push out the best Mystery/Thriller books.

Once I started reading this book, I didn’t want to put it down for anything, I just wanted to take it in one go and figure out what was happening and why. This book is one hell of a captivating psychological thriller.

Missing person books are also thrilling, especially when you want to figure out the pieces and actions that led to the disappearance. But this book is a lot different from that because it deals with how such an occurrence can change the lives of many people and is divided into four parts, that make it seem like we’re reading different stories but is all the same, but ties of nicely at the end.

I do need to state that I for one felt sympathy for Karl and despise Amanda Bowe.

This book was a delightful read and I know it’s a book that will generate a lot of mixed reviews, but I enjoyed it.