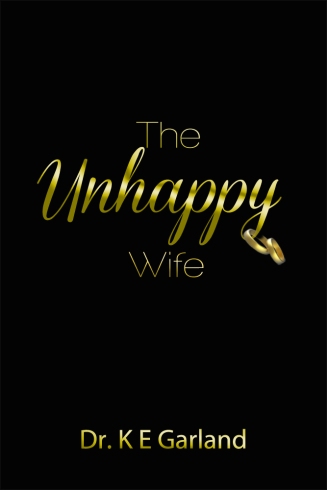 Twelve women share one thing in common – the quest for being happily married to the men they chose; however, each one finds herself in an unexpected marital predicament. Inspired by real events and told from each woman’s perspective, these short stories are firsthand accounts detailing the realities of marriage well after each woman said, “I do.”

Four women represent The Voiceless Wife. Although circumstances vary, these women give their power away to friends and family. The result is a loss of intuition and self. The Detached Wife symbolizes five different ways wives can be disconnected from their husbands and themselves. Sex, intimacy and self-discovery are central to understanding these women’s narratives. The Committed Wife includes three women who demonstrate the depths of devotion. These final stories show that wives sometimes need more than loyalty to be happy.

Also included is an afterword by Dating and Relationship Coach and Instructor, and founder of Relationship Architect Academy, Anita Charlot. She gives valuable insights as to how and why some women become “unhappy” wives and what we as women can do to maintain healthier relationships.

This is a book that will do nothing less than touch your soul. As soon as you read the title you already have an idea of all the issues you’re going to read about and will be getting yourself prepared for an emotional journey.

The opening lines of this book is a super-powerful quote that will immediately have your mind racing and thoughts working overtime, but that’s not all, this book is filled with such quotes and painful but never truer words from beginning to end.

The book is divided into three parts. The Voiceless Wife, The Detached Wife and The Committed Wife, in which the true stories of 12 women are divided into like the blurb says. This book deals with a lot of issues when it comes to marriage, from religion, love, cheating, adultery, devotion, commitment, children, parents, divorce, barrenness, funds etc.

So many issues women face and have to deal with because of their gender, but the men some how have the right and authority to get away it. How some marriages just robs women of their identity and who they truly are. How it is easy to keep on making excuses that are only just hurting yourself. How easy it is to stray into the hands of temptation and let everything you’ve built fall into pieces around you.

I think all women should read this book, especially the women who are planning, about to be and are already married, in order to clarify with themselves that they are all getting married for all the right reasons, they aren’t ignoring their guts and instincts, people’s thoughts and judgements aren’t clouding theirs and for them to think, to dig deep into their mind and answer this question are you really happy?

One thing I took from all the stories in this book is that women need to love and discover themselves before anything or anyone else.The women in this book all have one thing in common, they did not have as much faith in themselves as they should have had, because of that, they had not been ready to deal with the harsh reality marriage is, like Eva Longoria says “A marriage is not a wedding.”

This book is quite a short read for me, I read it in one seating. So yes it is very engaging after all this is the reality a lot of women not excluding our ancestors have faced. I love this book and I recommend it to everyone.

p.s. Thank you, Kathy, for writing this wonderful work and giving me a copy to read!

Katherin Garland was born and raised on Chicago’s west side. She has spent much of her adult life teaching secondary and post-secondary classes in Florida. Her inspirational short stories and essays can be found in places, such as her personal blog, South Florida Times and For Harriet. Her first book, Kwoted includes 100 original and inspirational quotes focused on living a conscious life.

She has been married for 20 years. By year seven, she had two perfect daughters, a dog, and a house; yet, unhappiness with herself and her marriage often times seeped in. For the next decade, she met different women, who seemed to have similar marriage experiences. Some were college educated and some were not. Some were old enough to be her mother, while others were her age. She met women who married one husband and others who had walked down the aisle several times. No matter their backgrounds, these women had a few things in common. They were unhappy, they’d managed to keep it hidden from other friends and family members, or they were advised against their conscience by friends and family. As Katherin found her way to happiness, she felt compelled to give other unhappy wives a voice so they would know that they are not alone and they don’t have to live in sadness. Consequently, The Unhappy Wife was conceived as a collection of short stories. Although stories are fictionalized, each is inspired by true marital events. With this book, Katherin hopes to not only help wives feel less alone but also to inspire them to make healthier and intuitive decisions.