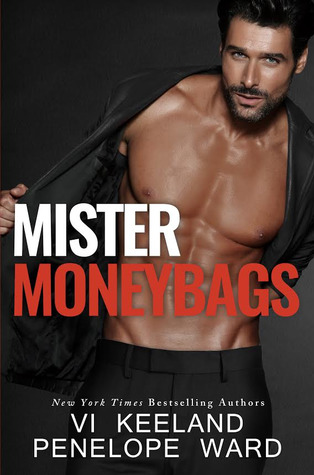 Blurb – I met Bianca in an elevator.
She was on her way to interview me when we got stuck.

The beautiful, raven-haired reporter assumed I was a delivery guy because of the way I was dressed.

She had no clue I was really Dex Truitt, the wealthy, successful businessman she’d dubbed “Mister Moneybags”—her afternoon appointment.

Bianca told me how much she hated Dex’s type—snobby, over-educated, silver- spooned men who didn’t appreciate the simple things in life.

So, after the elevator finally started moving again, I cancelled the interview and let her believe I was someone I wasn’t—a bike messenger named Jay. I loved the way she looked at the fake me and didn’t want it to end.

I began dating her as “Jay”—all the while letting her interview the real me over email.

I didn’t expect that our chemistry online would be just as hot.

I didn’t expect the mess I’d gotten myself into.

I didn’t expect that Jay and Dex would fall in love with her.

And she was falling for two men.

Only, both men were me.

And when she found out, we were both going to lose her.

Nothing could have prepared me for that day. And I certainly wasn’t prepared for what came after.

All good things must come to an end, right?

Except our ending was one I didn’t see coming.

This story gave me feels, oh my God. It was angsty and I was just waiting for the ball to drop and when it did, I was glad it didn’t escalate so so much. I hated what Dex was doing immediately, and I wish he didn’t do that pretend to be a whole nother person, but oh well it worked with the story.

So as the story progresses the plot thickens, surprises upon surprises are being revealed and I just felt bad for Bianca. Then the mother of surprises occurred and I wanted to laugh, but I could feel their pain, but obviously, I knew they would get their happy ending, so even if the ending bit was a bit endearing, I could understand their issues a bit and I’m just glad everything worked out for them at the end.

Okay so the story, it’s a wonderful romance story, which is very Vi Keeland and Penelope Ward style, I found it fun and engaging, it had me smiling a lot. The characters aren’t bad, they have their flaws, but they are quick to accept blame where due. Their some serious issues in this book, which reminds us of why cheating isn’t the best and how it can lead to unexpected complications.

What I took from this story is don’t cheat, don’t lie, don’t judge based on hearsay and be yourself.