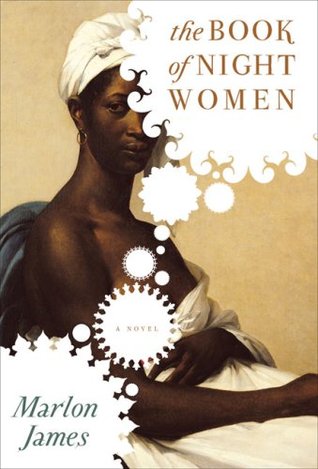 Every negro walk in a circle. Take that and make of it what you will.

When I found out this is a book about slaves, I knew I was going to be in for a roller coaster ride of outrage, disgust, anger and sadness. And this book did not disappoint, as I’m gearing down to write this review now, it’s evoking the painful feelings I had when I was reading the story.

Before I divulge fully into the review, it needs to be noted that the book is written in Patois, it takes some getting used to but it is so worth it, it adds to the beauty that is the story and makes it even more vivid. After I finished reading it, for three days I found myself speaking in Broken English.

This book is so vivid in the tale it weaves and shares. The writing gives this work of art a life on its own and makes the story even more heartwrenching—because the imagery in this book is everything.

The book is brutal to read as it is with anything that has to do with slavery, especially as a black woman, who knows many of her ancestors would have gone through the inhuman, savage and unjust treatment from the hands of fellow humans, the white people. I could feel the fear, and how the white people could only ever be viewed as devils by slaves.

The story follows the life of Lilith from the minute she was born. Lilith came to be in her mother’s womb because she was raped. And her mother died giving birth to her, just at the mere age of fourteen. From that moment forward you’ll know that Lilith is going to grow up to be a strong person to reckon with.

From a young age, she has had to watch her back and protect herself from the dangers in the world she was born into. She ended up killing a man who was to rape her and because of that Homer, the head of slaves took her in, taught her and protected her as best as she could as even if she had high standings within the black community on Montpelier, she was still only a disposable mere slave.

But as the story unfolds we get to understand that Homer, has her reasons for taking in Lilith and the outcomes are quite deadly. Because something is awakened in Lilith which she struggled to control throughout the book and made her so endearing to me because, despite all of her actions, I still sympathized with and felt so deeply for her.

I loved Homer. I cried because of Homer and I will cry all over again anytime I reread this book because Homer is an embodiment of a wise old woman, who has seen so much in life that she has no more hope or expectations. She’s ruled by sorrow that her masters and mistress have caused in her life and now more than anything she just wants her revenge, and she would stop at nothing to get it.

This allows the book to remind us that if it was up to men, they would kill each other. Are mostly fueled by sex and violence, which makes most of them and unfit to rule themselves because once they have a taste of savagery, they lose all sense of reason and control.

The love in the book was also one that was brutal and I couldn’t really stomach because it’s all so bittersweet.

“Every negro walk in a circle. Take that and make of it what you will. But sometimes when a negro die and another negro take him place, even if that negro not be blood, they still fall in step with the same circle. The same circle of living that no nigger can choose and dying that come at any time.”

This quote from the story ultimately explains the life of a negro living in the time of slavery. No matter how they lived their life, they could never be truly happy because the negros were not considered as human beings.

Marlon James story does a great job and making you feel and think. Make you wonder how fellow human beings could treat another fellow human being in such ways just because of the colour of their skin or how they spoke. I became hollow inside when I finished the story and I immediately thanked God that I was born in this era, where at least Black people are considered humans, even if in reality things haven’t really changed about the treatment of the black people.

I would have loved to write more but I can’t because I don’t want to reveal spoilers and I think it is wonderful reading this book and discovering the tale it tells or yourself if you decide to read this book and I really hope that you do.

3 thoughts on “Book Review: The Book of Night Women by Marlon James”